The Republic of Poland is a country in central Europe, surrounded by Germany to the west, the Czech republic and Slovakia to the south, Ukraine Belarus to the east; and the Baltic sea and Kaliningrad Oblast and Lithuania to the north. Warsaw is the capital city of the Poland. The total area of the Poland is 312,679 square kilometers (120,726 sqmi). The Poland is the 69th largest country of the world and 9th largest country in Europe. The population of Poland is over 38.5 million people. Poland is the 34th most populous country in the world. Poland also consists the most populous member of the European Union, and the most populous post-communist member of the European union. Poland is also known as the Unitary state.

The people of Poland have traditionally been seen as hospitable to artists from abroad and eager to follow cultural and autistics trends popular in other countries. Poland is the land of beautiful cities. The most popular cities are Krakow, Wroclaw, Gdansk, Warsaw, Poznan, Lublin, Torun. Warsaw is the capital and largest city in Poland. It is located on the Vistula river, roughly 260 kilometers from the Baltic sea and 300 kilometers from the Carpathian mountains. Poland is also called is a part of global tourism market with constantly increasing number of visitors. The tourism of Poland contributes to the countries over all economy. 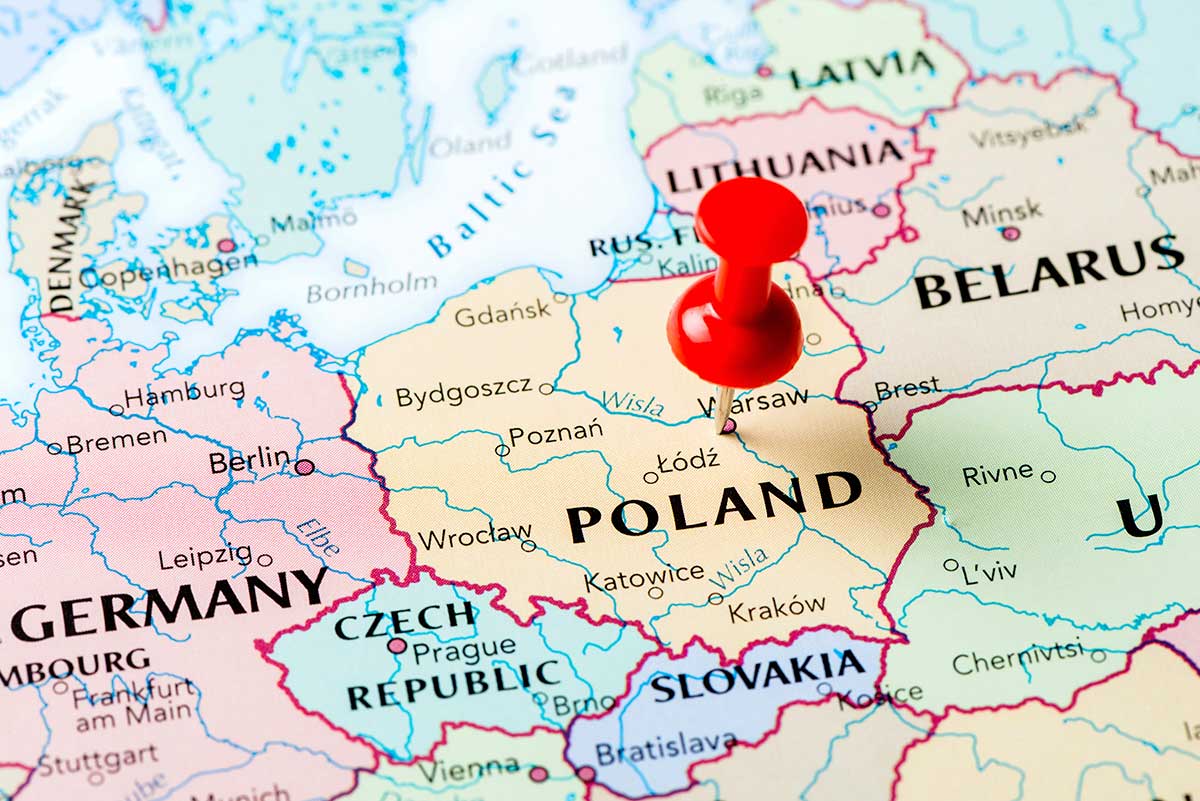 The history of Poland is rooted in the arrival of the slaves, who gaves rise to permanent settlement and historic development of polish lands. The countries geographic location was shifted to the west and it largely lost its traditional multi-ethnic character. By the late 1980's solidarity, a polish reform movement, became crucial in bringing about a peaceful transition from a communist state to the capitalist economic system and liberal parliamentary democracy. This process resulted in the creation of the modern polish state. The climate is moderate in Poland. The average summer temperature ranges from 20 degree centigrade to 30 degree centigrade. Winters are cold .

The average ranges from 3 degree in the northwest to -8 degree in the northeast. The main language spoken in Poland is polish. The polish language belongs to the west-Slavic group of the indo-European languages together with Czech and Slovak. The culture of Poland is intricate thousand year history. Its unique character developed as a result of its geography at the confluence of various European regions.