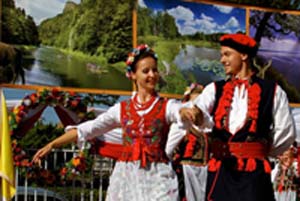 The culture of Poland is closely connected with its intricate thousand-year history. Its unique character developed as a result of its geography at the confluence of various European regions. In the 19th and 20th centuries the Polish focus on cultural advancement often took precedence over political and economic activity. Because of rapid industrialization and urbanization, as well as a certain distrust of rural conservatism during the years of communist rule, Poland's traditional folk culture has been seriously undermined since World War II . Nowadays, Poland is a highly developed country; however, it retains its tradition. Poland's national culture emerged as a synthesis of Latin and Byzantine influences and was further engendered by the numerous European occupations, throughout its history. Poland is a mix of eastern and western cultures. Similarly, the influences from the traditional folk and modern art intertwine in Polish culture. In Polish culture, everyone can find something of interest. Especially among students, interest in culture has become fashionable. Polish modern art is more and more popular in the world. It has been highly esteemed in Europe for a long time. In Sort we can say that "Poland is a true state of culture."

Polish cities and towns reflect the whole spectrum of European styles. Poland's Eastern frontiers used to mark the outermost boundary of the influences of Western architecture on the continent. A number of ancient structures have survived: castles, churches, and stately buildings, often unique in the regional or European context. Architecture of Gdansk is mostly Hanseatic architecture, common in cities along the Baltic sea and in the northern part of Central Eastern Europe. The architectural style of Wroclaw is representative of German architecture, since it was a part of the German states for centuries. The centre of Kazimierz Dolny on the Vistula is a good example of a well-preserved medieval town. The two major centres for the arts, played a special role in these developments with Roman-Catholic church architecture deserving special attention. In Vilnius (Lithuania) there are about 40 baroque and Renaissance churches. In Lviv (Ukraine) there are Gothic, Renaissance, and baroque urban churches with influences of the orthodox and Armenian church. POLISH ART Polish art has always reflected European trends while maintaining its unique character. The Krakow school of Historicist painting developed by Jan Matejko produced monumental portrayals of customs and significant events in Polish history. Artists of the twentieth-century Avant-Garde represented various schools and trends. The biggest relics of Polish Visual arts come from the Romanian period of the Middle Ages - mainly the wall paintings in churches. However, the finest examples of wall paintings come from the second half of 14th century, during the Gothic period. If you are interested in medieval art, you should visit Gothic churches, especially in Krakow and other cities of Little Poland, where a specific "Krakow-Nowy Sacz style" was developed in sacred architecture. 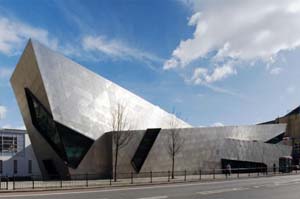 Oral literature was the earliest genre. In the preliterate days and among the peasants much later, folk songs, legends, poetry, jokes, and riddles were important artistic expressions. Folk songs dealt with universal themes such as love, sorrow, and lack of freedom. Initially, Polish literature was written in Latin and can be said to have begun with the annals of the tenth century. Literature in Polish began and enjoyed a "golden age" in the sixteenth century with the writing of Mikolay Rej, who wrote exclusively in Polish and has been called the father of Polish literature, and Jan Kochanowski, the first genuine and great Polish poet. In the seventeenth century, Wespazjan Kochowski wrote the first messianic interpretation of Poland's destiny, a theme developed during the romantic period by Adam Mickiewicz, Juliusz Slowacki, and Zygmunt Krasinski. In the twentieth century, three Polish writers were awarded Nobel prizes: Henryk Sienkiewicz, 1905; Wladyslaw Reymont, 1924; and Czeslaw Milosz, 1980. If you are interested in literature, you should read something written by Polish authors. You will find Polish books translated into foreign languages at your local university Library. 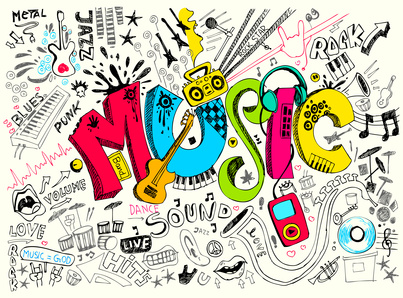 Polish classical music was shaped, in large measure, by the Romantic tradition. Its creator was Fryderyk Chopin (1810- 1849), many of whose works linked the Romantic idiom with Polish folk music. This tradition was continued by Stanislaw Moniuszko (1819-1852), the composer of national operas and numerous of songs. The Chopin tradition has also entrenched itself in Polish piano playing. Great piano virtuosi, such as Jozef Hoffmann, Artur Rubinstein or Ignacy Jan Paderewski, have played Chopin with particular pleasure. Since 1927 Poland has been host to the International Fryderyk Chopin Piano Competition, one of the oldest and most prestigious live competitions in the world. It takes place every 5 years. There are other Polish composers and musicians who are also known worldwide. The violin virtuoso and the composer of many musical forms, Henryk Wieniawski, was considered during his time "a violinist of genius". During the interwar period, international competitions were brought to life, including one of the world's oldest, the Henryk Wieniawski Violin Competition (a renowned violin virtuoso) in Poznan (since 1935), or the Fryderyk Chopin Piano Competition in Warsaw (since 1927), in which Dmitri Shostakovich, Janusz Olejniczak and Krystian Zimerman, among others, made their debut. After the Second World War, Polish composers, working under strong political pressure, were forced to write celebratory works. The situation changed after 1956, alongside the political "thaw". Poles quickly found their feet in the new artistic reality. Poland is host to many internationally known music festivals. The most important of them is OPEN'ER, which is annually visited by the biggest music stars.