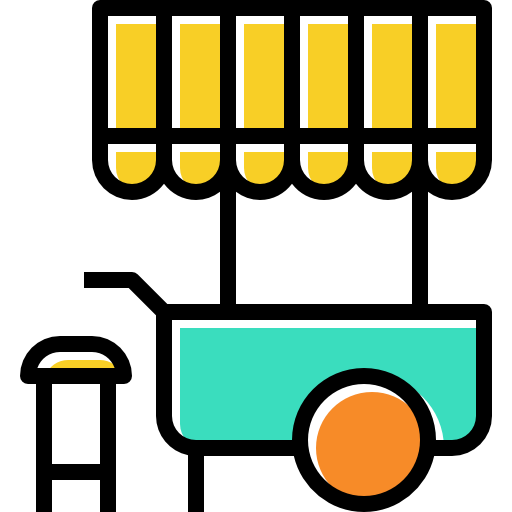 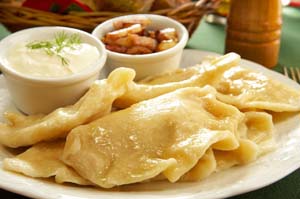 Polish cuisine is a style of cooking and food preparation originating in or widely popular in Poland. Polish cuisine has evolved over the centuries to become very eclectic due to Poland's history. Polish cuisine shares many similarities with other Central European cuisines. It is rich in meat, especially pork, chicken and beef and winter vegetables. The cabbage in the dish bigos and also spices are famous. It is also characteristic in its use of various kinds of noodles . Generally speaking, Polish cuisine is hearty and uses a lot of cream and eggs. The traditional dishes are often demanding in preparation. The mainstays of the Polish diet are meat, bread, and potatoes. For many Poles, dinner is not dinner without meat, primarily pork. Bread is consumed and treated with reverence. In the past, if a piece of bread fell on the ground, it was picked up with reverence, kissed, and used to make the sign of a cross. .

Vegetables consumed are local cool weather crops such as beets, carrots, cabbage and legumes (beans, peas, lentils). Another important source of nutrition is milk in various forms such as fresh or sour milk, sour cream, buttermilk, whey, cheese, and butter. However, typically it starts with a substantial breakfast eaten between five and eight A.M. Eggs, meat, bread, cheese, and cold cuts may be served. Between nine and eleven in the morning, people may have a second breakfast similar to an American bag lunch. Dinner, the main meal of the day, is served between one and five in the afternoon. It consists of a large bowl of soup, a main course, dessert and Salads . The last meal of the day is a light supper eaten between six and eight in the evening. It may be a repeat of the breakfast menu or include cold fresh water fish, aspic dishes, and cooked vegetable salads. Tea and coffee are served after meals. People differentiate between tea made from tea leaves and that made from herbs or fruits. There may be a sweet dish such as pancakes or rice baked with apples or other fruit. Vodka was first distilled in Poland in the sixteenth century and is consumed with food, commonly sausage, dill pickles, or herring, as a chaser. Many Poles allow themselves a generous amount of time to serve and enjoy their festive meals, especially Christmas evening dinner or Easter breakfast which could take a number of days to prepare in their entirety. 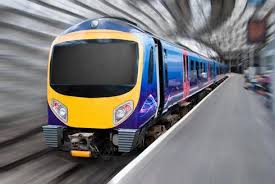 Almost every city or town in Poland , not only the major ones, has its own network of public transport. Most of them stick to using only buses, some of them also add trams to be cooler, and in Warsaw you can also use subway. In the large cities in Poland the public transportation system is well developed. Travelling around a city is easily done using buses or trams. In small towns local and regional bus services are widely provided. Anyway ,it might be hard for you in the beginning to get to know the time table of buses or trams. So, first of all you have to get familiar with the public transport of the city. In order to travel via means of public transport you need to buy yourself a ticket first. But the fact is that there are cities where you simply can't buy tickets inside the trams or buses themselves. Instead , you can get ticket in the official sales points listed by the public transport operators in each city, shops or kioska and finally, the vending machines. Apart from buses, trams you can call for a taxi or hail one on the street. The taxi ranks are usually located near railway station, airports, shopping centre's or near the city attractions. Beware that some of the private transport companies are not registered as taxis. They may have a taxi sign, yet the phone no is usually missing from the side of the car. It is better to call for a taxi from one of the many corporations or just use one which use a phone no clearly written on the side door of the car.

Theatre, cinema and musical festivals are favorite forms of leisure in Poland. The visits to art galleries and museums also being very popular among Polish people. There are many cultural and music festivals held throughout the country, particularly during the summer months. Street theatre and open air concerts are common in Warsaw, Krakow and the other cities. All tastes in music are covered, from jazz to classical. Warsaw is home to internationally-acclaimed theatre groups, opera and ballet companies and also hosts the annual Polish film festival. Sports are also very popular in Poland, with many international sports competitions being held in the country, including athletics and boxing. Soccer is extremely very popular both as a spectator and participant sport. Cycling is one of Poland's more traditional leisure and sports pastimes, particularly in the northern lakes region. Tourism is increasingly popular in Poland, with visitors particularly attracted by the country's very rich cultural and historical heritage, and its many festivals. ﻿